Free next working day delivery when ordering before 3PM* 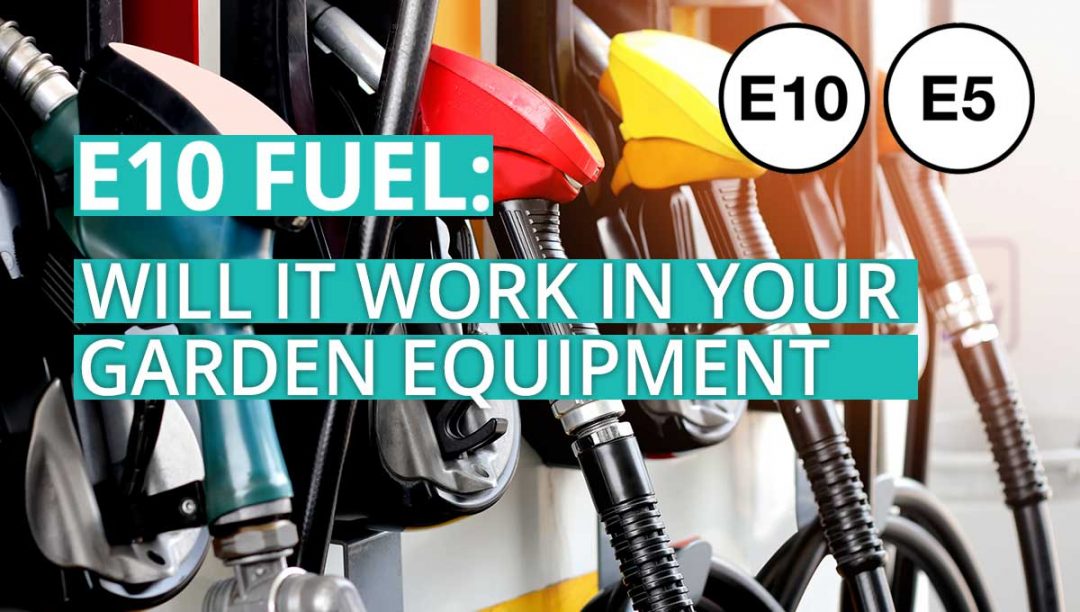 Change is upon us and standard E5 fuel is on its way out – making room for E10 to become the standard petrol grade. So what is E10 petrol and why the need for change?

The number one goal of the switch to E10 is in an effort to reduce emissions. In the everlasting battle against greenhouse gases, a reduction in CO2-based emissions is a big change in the fight against climate change.

E10 fuel is petrol blended with up to 10% renewable ethanol. This means that less fossil fuel is needed, reducing carbon emissions.

Already adopted and succeeding internationally in Europe, the US and Australia; the introduction of E10 fuel is expected to “cut CO2 emissions by 750,000 tonnes a year – the equivalent of taking 350,000 cars off the road, or all the cars in North Yorkshire” (gov.uk)

What is Ethanol and how does it effect petrol?

Ethanol is a clear and colourless renewable fuel created from various plant materials – typically known as ‘biomass’. Ethanol is a key player within the biofuel industry due to its easily renewable nature. As well as

Ethanol is able to provide a cleaner-burning fuel and even increase power from the engine, a good example of this would be E85 (85% ethanol and 15% petrol) often being used in motorsport.

However, ethanol does contain less energy than standard petrol which means as the level of ethanol increases, the fuel consumption (MPG) will also decrease.

When it comes to vehicles, around 95% of vehicles on the roads are currently compatible with E10 petrol and this number will only grow larger.

However, when it comes to garden tools and machinery, many of the older petrol engines aren’t equipped to deal with the new standard E10 fuel. This is mainly due to the ethanol as it can take effect on fuel tubing and other parts within the engine.

While E5 will still be available in most places – if you’re rural it may be the case that your local petrol station only has E10 available.

Can I use E10 fuel in my wood chipper or garden shredder?

All Forest Master Wood Chippers, Mulchers and Shredders are completely compatible with E10 fuel and you will encounter no issue with the change. If you own a different brand of garden machinery, we strongly recommend that you read the product engine manual and/or consult with the brand directly.

E5 will also continue to work as standard within our garden machinery. However, E15 should be avoided.

Where to buy E10 Petrol

You can purchase both E10 and E5 fuel from any petrol station. Both are clearly labelled on the petrol dispenser as well as the nozzle. You can view the labels below:

Across Great Britain, E10 will be available at almost all petrol stations across England, Scotland and Wales. It is expected that Northern Ireland will introduce E10 early in 2022.

Jae McDougall
Posted in:
Informative
Previous article
How To Use A Sawhorse – Our Top 10 Surprise Uses
Next article
Why You Should Start Your Christmas Shopping Now (And 4 Tips To Ensure A Stress Free Experience)